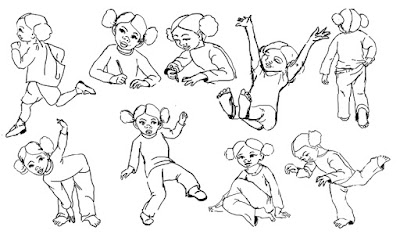 After receiving my Master’s degree in Illustration with my focus on children’s book illustration I relaxed.  I thought I had arrived and now I didn’t really have to follow all the arduous, time-consuming, boring steps to creating illustrations that my instructors pounded into my head.  I immediately went to work on the children’s book I wanted to finish for publication.  Each double page required a new character and   After only a month I got bogged down and lost momentum.  I thought that maybe it was just the long months preparing my thesis and finishing my schooling that oppressed me and all I needed was a break.  Two months later I was still dragging along wondering what my problem was.  I jumped right into making myself work on thumbnail sketches for each page but they were lacking in innovation, imagination and cuteness.  Over and over I changed things but still I wasn’t making any headway. 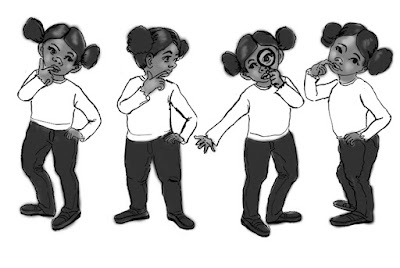 situation so it was a slow process.

Not long later, I was approached by my nephew who wanted a few illustrations for a YA fantasy novel he was writing.  He wanted to spend time talking about backgrounds and time frame.  My training kicked in and I made him describe his main characters so I could create a character sheet with facial expressions and body poses for each one before even trying to place them into an environment.  After working on   I had been skipping the step of creating character sketches for them.  I had thought I didn’t really need this step because I knew what I wanted but obviously I was wrong.  You may know mentally what you want but till you put it to paper and play with poses and facial expressions, you cannot really get the full visual sense of how you want it to lay out. 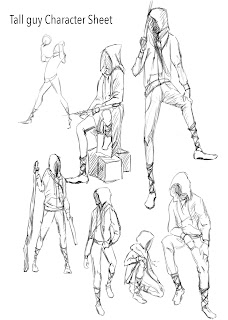 three of these and making the appropriate changes, I suddenly realized what my problem was with my own pages.

Lesson learned:  don’t skip steps even if you think you don’t really need them.  All the steps are vital to the process or they wouldn’t bother teaching them in art school. 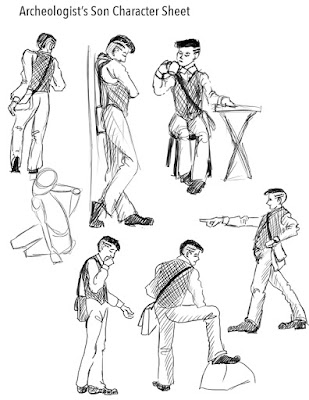 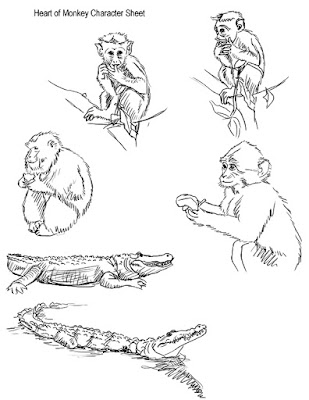 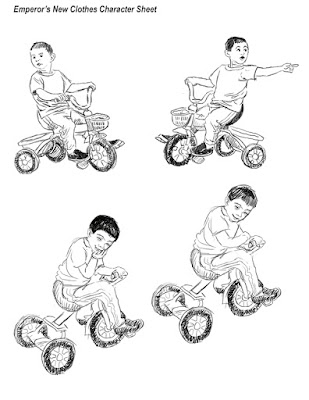 Posted by Denise McGill at 11:35 AM No comments: 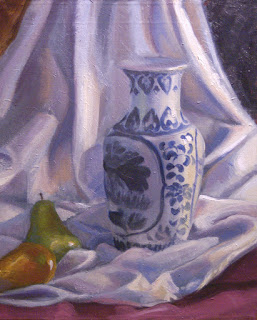 Color is a vital tool in the illustrator’s tool belt.  It supplies mood and character.  Often it is used to clearly identify on a focal point.  And it has the power to impact the viewer in profound ways.  Studies from the 60’s and 70’s show that a red pill is more effective as a stimulant than a blue pill.  On the other hand, a blue pill is more effective as a sleeping agent than an orange one.  Also, green, white or blue pills aren’t as effective as red ones as painkillers.  Yet all of these pills were placebos, having no real medication other than the color playing on the mental perception. 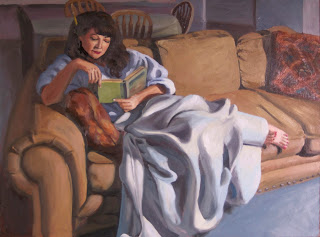 Why is that football players wearing red were statistically more likely to win than teams in other colors?  How is it that paintings containing red fetched higher prices at a London contemporary art auction house than those without red?  It is the psychology of color. 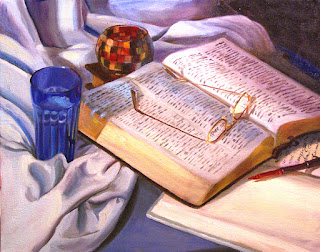 One key to painting that I constantly have to remember is the color temperature.  When the light is warm like from the afternoon sun, then the shadows need to be cool in the blues and purples.  Conversely, when the light is cool like from indoor lighting or early morning light, then the shadows should be warmer.  It is a tough concept to keep in mind.  Not only that but the rule is that cool colors recede and warm colors advance.  This makes it hard to paint red backgrounds which flatten out a picture and come forward naturally, or blue foreground images which tend to recede naturally.

How do you use color?  Do you fret over color temperature or background colors?  I’d love to hear about your color psychology experiences.
Posted by Denise McGill at 2:14 PM No comments: