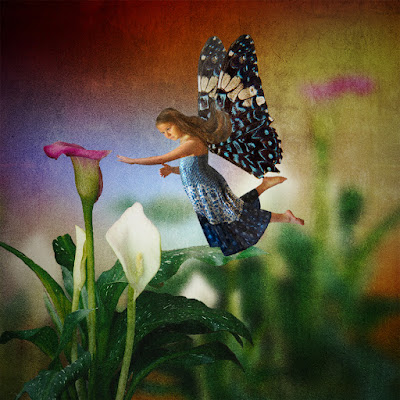 In the past year I have discovered the joys of manipulating photography into fine art.  I’ve made several mistakes, including not taking enough photos of my model while I could and not being careful with the shaky camera.  I should always use my tripod when I’m at a photo shoot because I can get very excited, giddy even, and suffer from the shaky hands.

While taking photos of this little girl I did just that, laughed often at the sweetness of her face and eagerness to give me the shots I wanted.  Only later did I discover I had blurred several of the best shots.  Ah well, we live and learn.

I also learned to use a generic background so that cutting out my pieces won’t be as difficult.  I have so many lovely photos of flowers and pieces I want to use later but didn’t photograph them against a mono-colored background.  This didn’t make things impossible but just added to my work.

Here I have the elements of the Fairy Princess for you to see.  Her feet one at a time, naturally so she won’t fall down.  I wish I had taken a better photo of her arms but I made these work.  Then the flower I used multiple times and put a Gaussian blur on the ones in the background.  Finally I had to manipulate the hair and the wings so that they would appear to float better. 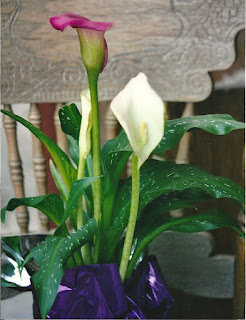 I’m actually happy with the final outcome but I worked a long time to get it, smoothing the dress and liquefying the hair.
Posted by Denise McGill at 10:57 AM No comments: 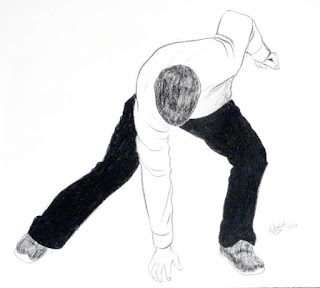 Flat Tone isn’t an area of shading but rather an area of single color, almost like a cutout shape of black, grey, red, white, or any color.  The interesting thing is that it creates the illusion of light and shadow.  Our minds somehow replace the missing information.  The shape must be precisely and accurately drawn to pull off the illusion convincingly but when it is done well, it is fascinating.  A subtly drawn silhouette can communicate a lot!  It's an optical illusion we are creating.  Even the fingers have details that aren't really there.  I see fingers where none are drawn in or defined.  As Mr Spock would say: fascinating. 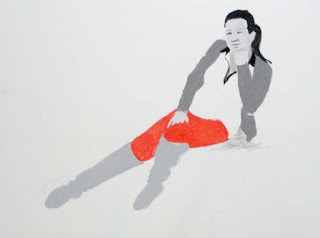 I love the way this method is used in fashion design especially with striped fabrics or sold, classic black.  But that doesn’t mean it can’t be of great use in children’s illustration.  One of my favorite stories is Harold and the Purple Crayon.  It is Harold who is wearing a singularly flat outfit but it doesn’t distract from his character at all. 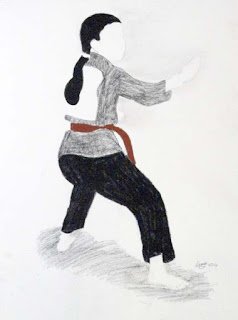 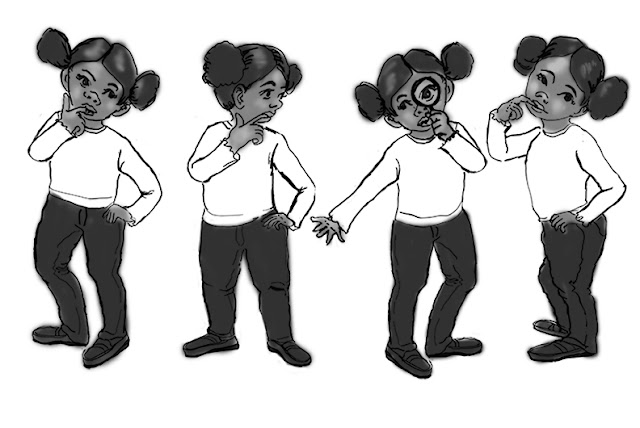 Posted by Denise McGill at 4:37 PM No comments: