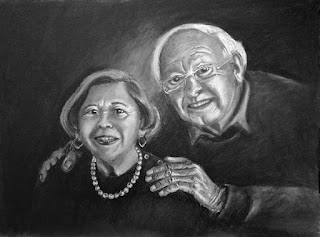 Chiaroscuro is the study of light and shadow.  One of the keys to shadow is the edges.  Form shadows yield soft edges and cast shadows yield sharper edges. Edges, however, are relative. For example, a soft edge next to an even softer edge will appear hard. To clarify the types of edges, we can divide them into the following four categories.
1. 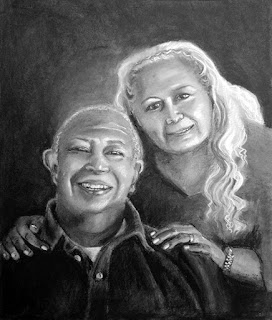 Soft Edges: Soft edges are soft due to the curving of a form, such as the edges of a form shadow where there is a gradual change from light to shadow.

2.     Firm Edges: Like soft edges, firm edges fall within the category of form shadow; however, firm edges consist of a more abrupt turn from light to shadow than do soft edges. An example of a firm edge would be in the turning from light to shadow on the bridge of the nose. These edges are generally found where there is bone on the face; the edge of the form shadow is soft yet firm.
3.     Sharp Edges: Sharp edges can be found at the edge of the cast shadow or where there is extreme contrast, such as dark hair against the forehead in light.
4.     Lost Edges: Lost edges occur where the separation between two objects is so close in value that you cannot see where one ends and the other begins, such as the shadow side of dark hair against a dark background.
Ultimately edges and value are relative, and the variations in light and shadow are infinite within nature, so it's best to always carefully observe what is in front of you. 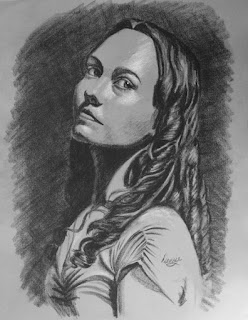 When doing these portraits I had to keep in mind the way shadows were cast on the faces.  Hard or sharp edges on a face make it looks older but softening the edges to firm makes even an older person look more youthful.  I find when doing portraits, you get paid better by being flattering and bringing back youth.
Posted by Denise McGill at 3:46 PM No comments: 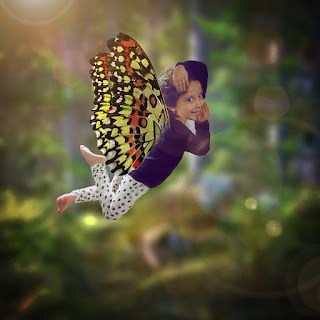 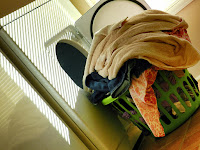 I have a strange aversion to green.  I know that sounds strange for an artist and for the longest time I couldn’t figure out why I don’t like green.  I won’t wear anything green but lots of women have favorite colors so no one noticed including myself.  However I refuse to have anything in my house that’s green.  It became apparent when my husband brought home a laundry basket that was green.  Sweet man, he thought he was helping but I hated it and returned it for a white one.  Later he brought home a new landline phone that was, you guessed it, green.  That’s when the fight began and I thought he should just know I don’t want anything green.  So he asked why and I couldn’t answer.  I had to go back in my memories and search for a reason.  Then recently I came upon it.  When I was a little girl my uncle owned a dark green Plymouth and would take us on a 2-hour trip to the lake almost every weekend during the summer.  We would go waterskiing, which I loved, and camp there lakeside all weekend.  But every week I would get carsick and have to have him pullover to the side of the road while I lost my breakfast.  It happened every time.  It got to where even the sight of that green car would turn my stomach… and who would guess that I still feel that way today.  The psychology of colors is a very powerful thing.  Even though I know intellectually that green isn’t sickening, I still don’t want it around me. 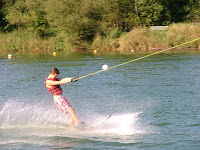 Painting with green isn’t a problem usually because it doesn’t sit alone.  However I resist using the dark greens unless I mix them with red to DE saturate or yellow to brighten and liven up the green.  Funny how some small event colors your whole life view. 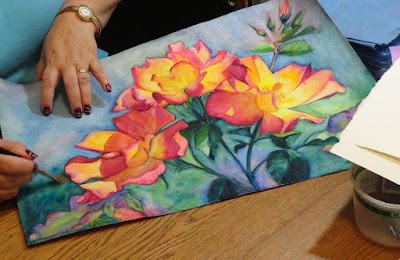 Posted by Denise McGill at 2:31 PM No comments: 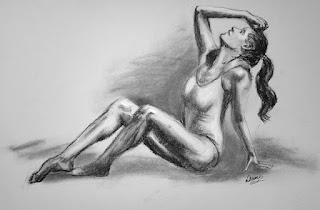 Here are some quotes about light and dark from the famed Howard Pyle.  These have really meant a lot to me.
"I have tried to state these two facts (referring to light and shadow) because they are the foundation of all picture making: for in the corresponding mimic separation of light and dark, the mimic image of Nature is made manifest.  So the function of all art instruction should be to teach the pupil, to analyze and to separate the lights from the darks, not technically but mentally.  That which a pupil most needs in the beginning is not a system of arbitrary rules that which he needs to be taught is the habit of analyzing lights and shadows and of representing them accordingly." 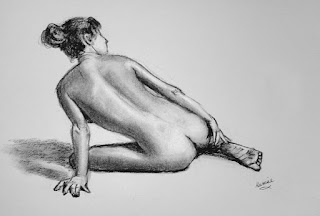 "This, as I said, the foundation of technical art.  And, until the pupil is entirely able to separate those two qualities of light and shadow from one another in his perception, he should not be advanced beyond the region of elementary introduction - no matter how clever and "fetching" his work may appear to be.  And, during this progress of instruction the pupil should be constantly encouraged with the assurance that what he is doing is not mere drudgery but is the necessary process by means of which - and only by means of which - he may be able to manifest the beautiful thoughts and lie dormant in his imagination." 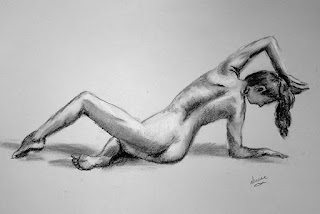 "I may say here, in this connection that the pupils who come to me are always so confused as to the those two qualities of light and shadow, and their habit of exaggerating the halftones has become so confirmed, that it takes oftentimes several years to teach them analysis and simplification, it is, as I say, impossible to produce and truly perfect any work of art.  For that separation is fundamental to the law of Nature, and until it becomes a habit of thought, no spontaneous work of art can be produced."
Howard Pyle 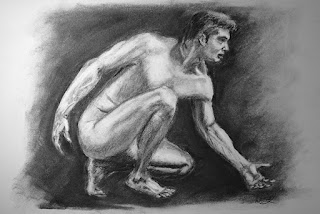 Howard Pyle was not only a fabulous American artist and illustrator, he also wrote books he illustrated as well as teach some of the best American artists of the early 20th century, including N.C. Wyeth.
Posted by Denise McGill at 9:42 AM No comments: