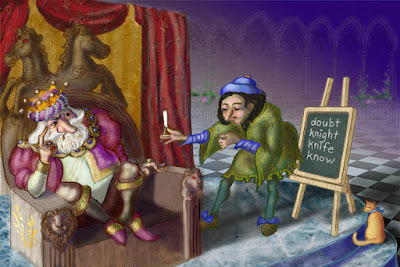 What do you do when you are faced with harsh criticism?  As an artist I know that no matter how well I do I will always meet people who don’t care for my work as well as people who think I’m stupendous.  It is unavoidable in the field of art.  Art is about personal preference and taste.  So I should be able to shake off any criticism by just considering the source or realizing I can’t please everyone.  Right?  Easier said than done. 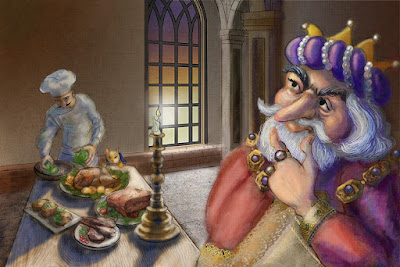 About 6 months ago now, I was faced not just with criticism, but harsh, unrealistic brutal criticism that left me paralyzed.  This hurt not just because of the brutality of it but because it came from someone who was supposed to be teaching me and who had my respect.  She said I was less than average.  Up to that point, no other instructor had given me anything but helpful support and suggestions.  She never said that I should give up art but it was tantamount to the same thing.  In a field where there are at least 11 good and capable artists for every one art job, being average or less than average means I will never achieve any success.  My dreams of landing a publishing contract were cast into doubt and I wondered why I spent so much time and effort pursuing something that, for me, can never happen. 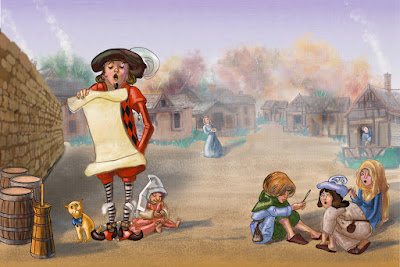 This criticism wasn’t just a one-time thing.  She hammered me for 3 months in a class where I learned nothing except that I cannot succeed in this field.  No matter what I gave her it was less than okay.  This was the woman who would be Okaying my master’s thesis and she made it clear that I was barely worth her time.  She would give me suggestions for improvement one week and after I changed the offending things, she would say it was better before.  Nothing special, nothing of lasting importance.  She did finally okay my thesis project and award my master’s degree, but because of her harshness and constant brutal barrage of critical words, I fell into a depression.  I cried for days.  My sleep was interrupted, hearing her words in my head over and over.  I wondered if I had anything of importance to share with anyone, artistically or intellectually. 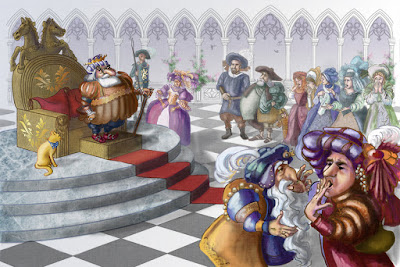 After 6 months some people approached me and told me how proud they were to know me.  They thought my work was good before but couldn’t believe the level of excellence I had achieved over the past few years.  Their words built me up little by little into remembering that I no longer have to please this one art teacher.  I now have a public that actually loves my work.  They went on and on about the caliber of my art and the books I had been working on, encouraging me to continue where I had left off.  I suddenly realized how far down into the depths I had actually fallen as they were pulling me up.  Their words meant more than they will ever know. 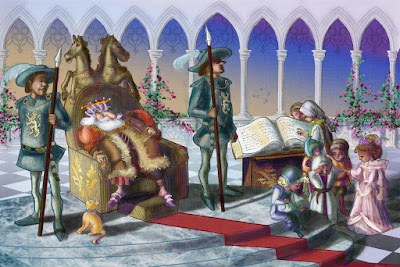 Do you have a method of pulling yourself out of the depths when something or someone has brought you down?  Do you go to trusted friends?  Do you do what I often do and discount your family’s encouragement because they are “family and they have to love you?”  Is there a mystery cure I’m unaware of?  Are you able to shake it off or do you suffer depression like I did?  How long does it take you to come out of it?  I’d love to know I’m not the only one.

Posted by Denise McGill at 10:08 AM No comments:

Multiple Figures on the Same Plane 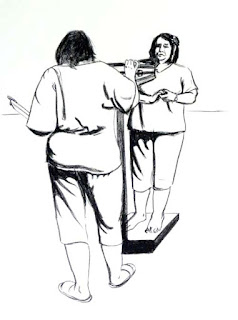 Concentrating on one simple method for placing multiple figures on the page in perspective without having to work out the perspective lines in done with a horizon line.  Drawing a standing figure in the right proportion and then adding another one approximately the same height is easy with this little rule: the horizon will “pass” through at the same place.  If the horizon is at the waist of the first it will also be waist high on the second.  If the horizon is at the shoulder height for one it will be shoulder height for the other too.
If a figure is seated or bent over, you then calculate the size of that figure by visualizing it standing up on the plane.  So, one of my figures is standing on a rise of 2 inches (bathroom scales).  I have to compensate for that and adjust everything on the horizon.  This requires some thinking and planning.  What I did was just drop the figure on the scale vertically down to the plane so I could see where that figure's body would cross the horizon line. Then adjust the placement of the scale accordingly. 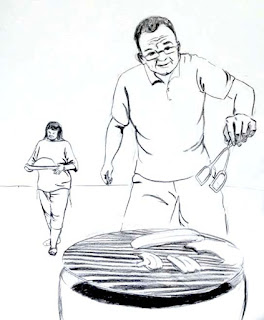 Once you understand this concept, you should be able to put several or a group of people on a plane, and know that they are in perspective without having to work out all the perspective lines. It only requires a little knowledge of proportion to work it out.
I think I read somewhere that you should be lining up the eyes of the subject with the horizon.  However that implies that "I"/the audience is the same height as all the other subjects.  The horizon isn't what the people on the plane see, it's what the audience see's as the horizon.  So if I'm short or want my audience to feel short, I place the horizon low on the page.  If I want my audience to feel taller than the subjects on the plane, I place the horizon line higher on the page.  It took me a while to "get" this concept but once I got it, it feels like power.  I can "make" my audience feel short or tall.  I have the power!  (Insert maniacal laugh here) 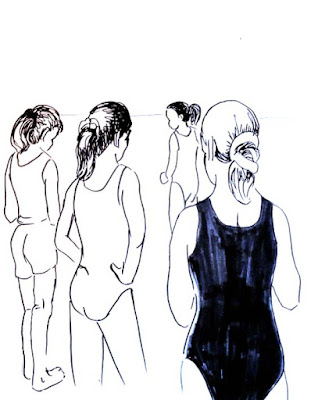 Posted by Denise McGill at 5:36 PM No comments: